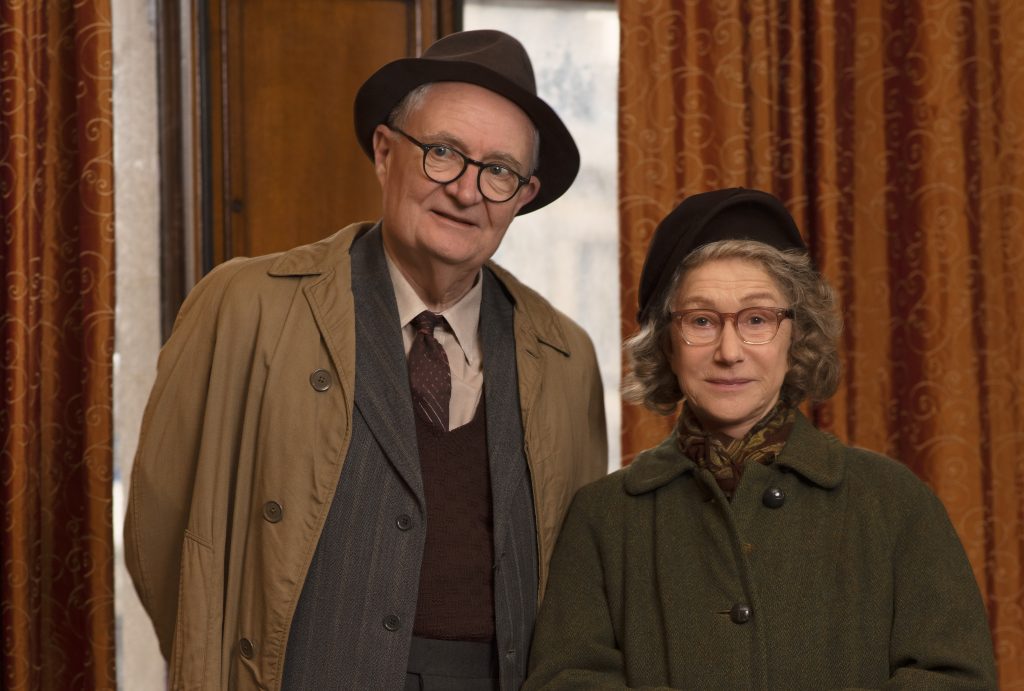 The story of an ex-bus driver and cabbie from Newcastle upon Tyne who was accused of executing one of the most infamous heists in British history has been given a starring role at this year’s Venice film festival.

The Duke, which stars Jim Broadbent as the unlikely art “thief” Kempton Bunton and Helen Mirren as his wife, premiered on the Lido on Friday and reacquainted the world with a story that captivated Britain in the early 60s. Bunton was charged with stealing a portrait of the Duke of Wellington by the great Spanish painter Francisco Goya from the National Gallery in 1961.

It was recovered four years later after Kempton sent a series of cryptic notes to authorities and the Daily Mirror ran a campaign to find it. Eventually, Bunton sent an anonymous letter to the paper with a left-luggage ticket for Birmingham’s New Street railway station, where the portrait was found in a locker. He became a sensation when he was put on trial at the Old Bailey.

Broadbent, producer Nicky Bentham and the film’s director Roger Michell travelled to Venice for its world premiere, and said that the “very eccentric English story” still chimed 70 years on, with Bunton being presented as a Robin Hood-style character.

Michell said: “It’s about a small man who stands up and speaks truth to power. And it continues to be part of English culture: this celebration of the eccentric individual who brings with them a spirit of mischief to a revolutionary act.”

During a year with few major films premiering on the Lido, Roger Michell’s film – shot in Bradford and Leeds – has taken a central role, with the story of Bunton and the “borrowed” Goya portrait of the Duke of Wellington providing laughs at a more subdued, Covid-19-affected festival.

Broadbent, 71, said he had been apprehensive about travelling to Venice because of the risks caused by the Covid-19 crisis. He said the festival felt “almost normal”, but added that he thought it might be difficult for older actors to work because of issues over insurance.

Bunton, who is described as a “fantasist” in the film but also presented as a principled, socially minded citizen, took to the stand at the Old Bailey wearing NHS standard Bakelite glasses. It was suggested that the crime had been motivated by the low-earning Bunton’s campaign against the BBC licence fee – which he saw as a “tax” – when the government had just spent £140,000 acquiring the Goya for the nation. His witty retorts to the prosecution barrister reportedly made the jury members stifle laughter, and at an industry screening at Venice, Broadbent’s performance as the no-nonsense Geordie elicited laughs, despite the language barrier.

Broadbent said Bunton was a complex man. “He’s really irresponsible in terms of family life, but he has got this caring side and is very kind and he wants to help the unemployed who have no power,” he said.

At the end of the film, there is a reference to the fact the license fee had been waived for the over-75s, an issue that Bunton was prepared to go to jail twice over. Michell said the recent decision to reverse that concession was another moment in the “ongoing battle” between the Conservative government and the BBC. “I can see the government’s point of view, but I think it’s a political act by the government. The BBC is an organisation that will increasingly need defending,” he said.

The return of the rolled-up and frameless Goya portrait eventually led to Bunton’s confession, although he was cleared of stealing the portrait and imprisoned for three months for the offence of larceny of the picture frame. The story took another turn in 2012 when a confidential file was released at the National Archives which identified the “thief” as Bunton’s 20-year-old son, John. He confessed in 1969, telling the police he had done it to draw attention to his father’s campaign against pensioners having to pay the licence fee.

At the time of the heist, Lord Robbins, chairman of trustees of the National Gallery, described the thief as “a man without fear” and “probably a commando or something like that”, while the authorities feared that the portrait – worth almost £3m in today’s money – was stolen to order and lost for ever.

Bunton’s exploits were even referenced in Dr No, as Sean Connery’s James Bond enters his antagonist’s lair, spots the portrait of the duke on an easel and says: “Oh, there it is.”