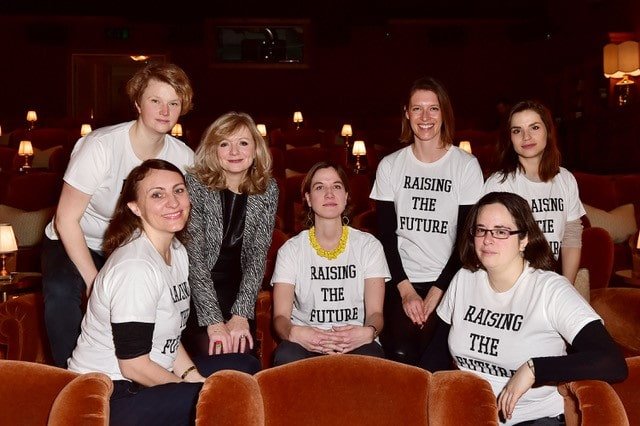 Raising Films, a UK-based initiative that aims to provide advice to parents attempting to juggle family with a career in the film business, has launched a crowdfunding campaign to further its cause.

The indiegogo campaign is currently at 25% of its goal to raise £6,000, which it will use to hire a project manager to deliver its objectives.

These objectives include building an online “supportive community” of parents in the film industry and launching its first campaign, which will investigate the issue of childcare, as well as setting up training events at festivals around the world to help filmmakers understand how they can develop their career while raising a family.

“Parenthood seems to impact women in the film industry much more than men – mothers tend to leave the industry and not come back, the same is not true of fathers,” said Leach.

Raising Films highlighted Creative Skillset statistics illustrating the challenges facing women who wish to have a career in film while also raising a family.

“The Commission for Equalities and Human Rights has said that there is one factor above all others that leads to women’s inequality at work – becoming mothers,” said Raising Films’ indiegogo page.

Leach admits that the combination of parenthood and a film career are sometimes incompatible, but believes change can be instigated, and that a support initiative could have a positive impact on diversity in the industry.

“It’s not just the money, it’s the understanding and the attitude,” said Leach. “Mothers may not be able to work 15 hours a day”.

Leach believes that a project such as Raising Films could not only raise diversity standards in the film industry – encouraging more women to embark on careers in film – but could also improve the quality of the UK’s cinematic output.

Raising Films’ long-time goals include the creation of a fund, in conjunction with key film financiers and trade organisations, for childcare to which filmmakers and productions could apply.

It will also look to facilitate a workspace with a creche or childcare for parent filmmakers; and establish an industry recognised kitemark requiring productions with public funding to operate under criteria which makes parents and other carers more employable.