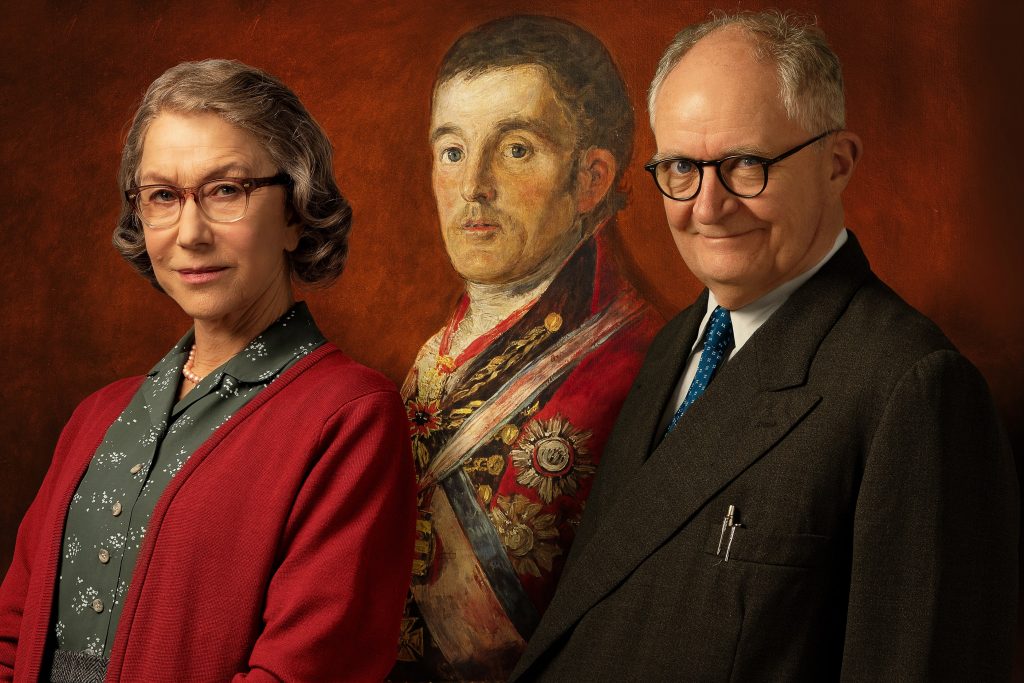 The Duke Among Venice Most Popular Films

The Venice Film Festival wraps today after putting on a show against the odds. Despite lacking in studio fare, there was no shortage of well-received movies. Was there a Sundance-style bounce, with critics giddy just to be on the Lido after months of lockdown? Perhaps. But this was also a solid roster of independent movies. While there was no Joker juggernaut, there was at least one Roma rave. We’ve done a wide sweep of the English-language reviews and here’s our run-down of the best-received world premieres.

Standing out in the pack for its touted Academy Awards potential was Chloe Zhao’s anticipated drama Nomadland, starring Frances McDormand as a woman who embarks on a journey through the American West. The Searchlight Pictures movie, which debuted last night, was expected to be impress given its simultaneous berths in Venice and Toronto, and it didn’t disappoint. It’s just a shame there weren’t more people at the festivals to see it.

Among the most popular films of this edition was Roger Michell’s UK dramedy The Duke, starring Helen Mirren and Jim Broadbent, the latter as a 60-year-old taxi driver who steals a Goya portrait. The film garnered multiple five star write-ups.

Actress Regina King made her feature directorial debut in Venice with praised drama One Night In Miami, which charts a night when icons Muhammad Ali, Malcolm X, Sam Cooke and Jim Brown gather to discuss their roles in the civil rights movement. The drama received hardy applause on site. King also made history as the first African American female director with a film at the festival.

Bosnian director Jasmila Zbanic, known for Grbavica and On The Path, made a critical comeback with hard-hitting drama Quo Vadis, Aida, about a translator caught up in the Srebrenica massacre.

Greek drama Apples was programmed on the festival’s first day and it was easy to see why. The allegorical story of a man – and society – suffering from amnesia was well-received by most. Christos Nikou becomes the latest filmmaker to join the Greek new wave.

The festival’s first weekend was ‘Vanessa Kirby weekend’. The Brit actress garnered strong notices for her performances in competition dramas Pieces Of A Woman and Mona Fastvold’s The World To Come, which itself came in for effusive praise. The frontier western sees two neighboring couples battle hardship and isolation in a spectacular but testing landscape.

Kaouther Ben Hania’s The Man Who Sold His Skin confirmed the director as an exciting talent. The movie follows a Syrian man who flees the war, hoping to eventually join his lover in Paris. The filmmaker’s first narrative feature,  Beauty And The Dogs, played at Cannes three years ago.

Maverick Russian auteur Andrei Konchalovsky garnered very positive reaction to latest feature Dear Comrades. Told in black and white, the film recounts the true story of a covered-up massacre of political protesters in the Soviet Union in the 1960s.

Timely German drama And Tomorrow The Entire World was another well-reviewed movie from the festival, asking the question: how far one is willing to go for the sake of one’s political commitment? Julia von Heinz’s film is produced by Personal Shopper co-producer Fabian Gasmia.

Among a raft of documentaries to receive good write ups were Holocaust film Final Account, the late Luke Holland’s chilling series of interviews with Germans alive during the Nazi regime, and I Am Greta, Hulu’s feature about climate change activist Greta Thunberg. There was also appreciation for Luca Guadagnino’s Salvatore Ferragamo doc biopic Salvatore: Shoemaker Of Dreams and those who made it through Frederick Wiseman’s latest opus, City Hall, were rewarded, according to the handful of reviews online.

Former Golden Lion winner Gianfranco Rosi returned to Venice with appreciated documentary Notturno, an immersive portrait of those trying to survive in the war-torn Middle East. Rosi’s film also scored highly with Italian-language critics. Debuting right at the end of the festival was Alex Gibney’s Crazy, Not Insane, an examination of the research by forensic psychiatrist Dorothy Otnow Lewis who investigated the psychology of murderers. There are only a few reviews in so far but the word is strong.

Oscar-nominated Iranian filmmaker Majid Majidi is known for his narratives about children and his latest has been heralded as one of his best. Sun Children follows a group of friends working to support their families who are drawn into a hunt for hidden treasure.

Documentary Hopper/Welles proved a hit with a number of critics and should appeal to cinephiles in particular. The intimate and revelatory film charts a 1970 conversation between Dennis Hopper, then riding high on the success of Easy Rider, and film world icon Orson Welles.

Pedro Almodovar’s lauded short film The Human Voice marked the Spanish maestro’s first English-language film. Tilda Swinton stars as a woman awaiting a call from the lover who has abandoned her. The 30-minute story is an adaptation of Jean Cocteau’s one-act play.

The Furnace, whose director Roderick MacKay had one of the longest journeys to get to the festival, impressed multiple reviewers with its story of a Muslim camel driver during the Western Australia 1890s Gold Rush. As did Chaitanya Tamhane’s sophomore feature The Disciple, about a young Hindustani singer struggling to overcome self-doubt.

Prolific Japanese filmmaker Kiyoshi Kurosawa was on the Lido with Wife Of A Spy, which garnered solid write ups. The film follows a merchant who leaves his wife behind in order to travel to Manchuria, where he witnesses an act of barbarism which sets of a dangerous chain reaction. Meanwhile, in terms of buzz, Gia Coppola’s social media satire Mainstream with Andrew Garfield and Maya Hawke was probably the hardest movie to get into on the Lido, but reviews were mixed.