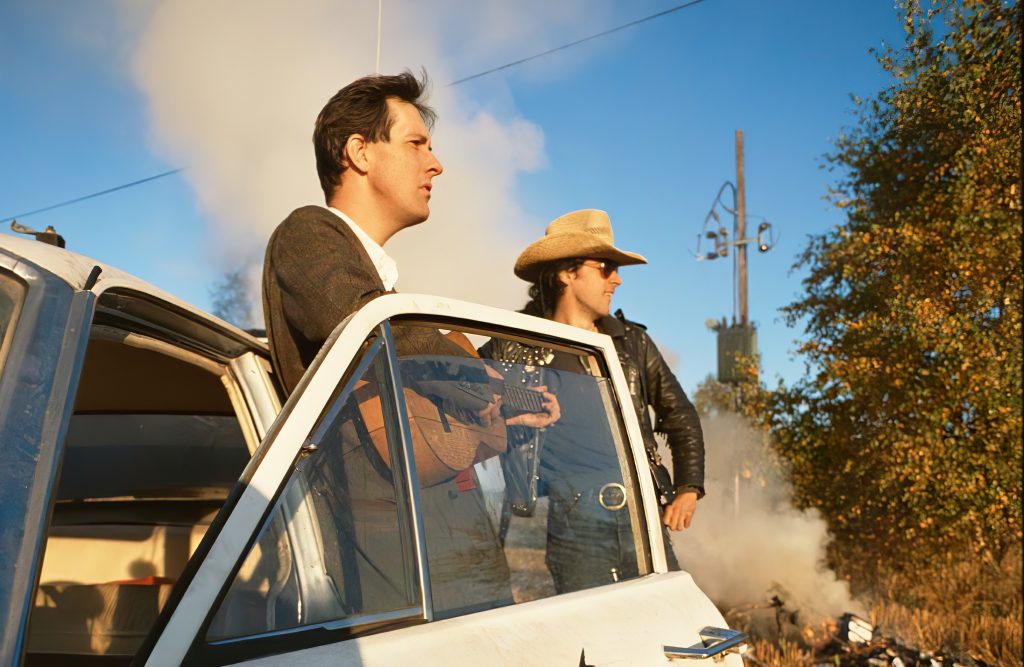 WHO KILLED THE KLF – The Hollywood Reporter Review

A decades-long art prank the world briefly mistook for a pop band, The KLF were far more interesting than they might’ve seemed to music lovers who avoided rave culture like a drug of dubious origin. The British duo had world-conquering hits, staged some colorful happenings, and then disappeared, leaving bemused onlookers to wonder, as Chris Atkins’ doc puts it, Who Killed The KLF? While the bandmates themselves don’t deign to participate here, Atkins has obtained enough previously unheard audio interviews to make sense of their story. It’s quite a ride, even for viewers who don’t know the difference between “What Time Is Love?” and the contemporaneous Haddaway anthem without “Time” in its title.

If he can’t talk to members Bill Drummond and Jimmy Cauty directly, at least the duo created and participated in plenty of video shoots during their ’80s-’90s heyday, often with the kind of props, like a modified police cruiser, that tend to be called “iconic” whether they are or not. The director weaves in re-creations seamlessly, illustrating stories of hijinks so well that a viewer may wonder which footage is new and which is Memorex.

Drummond appears to have been the more focused instigator of the two, having spent his young adulthood soaking up oddball stuff like the satirical Illuminatus! trilogy, the bogus religion Discordianism, and the related culture-jamming campaign known as Operation Mindfuck. Having spent some time goofing around in the semi-legit music industry — he released the first Echo & The Bunnymen single, though the film glosses over much of this period (and doesn’t even mention a solo album) — he decided that the basic unit of pop music, the song, was too boring to keep alive. In 1987 he called up musician friend Jimmy Cauty and suggested forming a quasi-hip-hop outfit whose name, The Justified Ancients of Mu Mu (mercifully shortened to The JAMs) advertised their Illuminatus! origins and intent.

Controversy descended immediately. U.K. magazine Sounds dubbed one of their songs Single of the Week despite the fact that it wasn’t for sale anywhere; the single “The Queen and I,” which “sampled” ABBA even more brazenly than Vanilla Ice ripped off Queen, earned a legal attack. Never ones to shy from a scene, the boys headed to Stockholm with the idea of convincing the group that their composition was a legitimate artwork. That ended with Bill and Jimmy throwing copies of the record into the sea and burning all the rest. (Spoiler alert: There’s a whole lot of self-obliteration still to come.)

The group morphed a couple of times, releasing a (self-admittedly) terrible novelty song about Doctor Who that went to Top of the Pops, then penning a cynical book explaining how anybody who wanted to could manufacture a song that would go to number one. (It worked, too — at least for KLF acolytes Edelweiss, whose yodel/hip-hop single “Bring Me Edelweiss” has to be one of history’s least likely number ones.)

Atkins, with help from journos, band associates, vintage interviews and truly nutty music videos, paints a highly entertaining picture of The KLF’s ascent to druggy dance-floor dominance. They sold 6 million singles, we’re told, and their completely DIY approach meant no record label got a cut of the proceeds. But in ways the movie can’t entirely explain, the duo’s mind-set took a dark turn. They became obsessed with animal carcasses and staged a performance at the BRIT awards designed to be “so abhorrent they’d never be forgiven.”

Then they made all their music completely unavailable, disbanded, and took up pure performance art under the name K Foundation. Here as elsewhere, the film’s brisk pace doesn’t allow as thorough an account as many will want. But it does give due time to a series of stunts that seemingly go to the heart of the duo’s agenda: They started using all that money they’d earned as a prop, going so far as burning 1 million pounds in a ritual that finally turned many observers against them.

“Why?!” was the loudest question lobbed at them afterward (from those who believed it really happened, at least). As is occasionally the case with meaningful art, Drummond and Cauty didn’t seem to have a complete understanding of what they’d done. But the gesture, which threw a spotlight on the artificiality of money and the blind spots of capitalistic altruism — true, that million quid now can’t be given to charity, but the food it would buy still could — is surely the most subversive thing they ever did. So far.